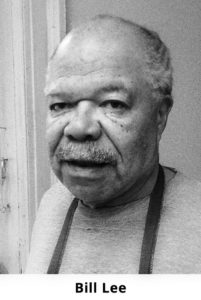 BILL LEE  was born and raised in Springfield, Massachusetts and graduated from the University of Massachusetts, Amherst with a BA in English (’61). During college he selected electives in the newly established Fine Arts School. Though a writer*, his secondary interest in art was solidified. Even though he took art courses shortly after college when he relocated to New York City, eventually art became a viewing project while other responsibilities took precedence. After a career as a civil servant in New York, and shortly before retiring Bill’s interest in art revived and it became an active project. When Bill and his late wife, Kathy, purchased property in vista rich Delaware County, N.Y. Bill’s second career as an artist was sealed.

The Haymow: A New Stagecoach Venue Farming, Animals, and the Arts: Frank Anthony